I’ve had the Xiaomi 10,400 mAh power bank for a while now, but I never got around to doing an unboxing and review. Let’s fix that right now! Xiaomi is known for selling gadgets and accessories at a damn good price to value ratio, and their power banks are no exception. However, the way they sell it is a bit tricky. They sell it via flash sales in Lazada.com and it’s not always the easiest to get. You have to register to their website and have to log-in at the specified time of the sale. These things sell out quick in like under 3 minutes! So you have to add to cart and check-out as fast as you can. I wanted a power bank since last year, but luck was just not on my side. Well, you know how they say that the third time’s the charm? Yeah, don’t believe that. I got my power bank on the fourth try via the flash sale.

After ordering it online, I got it in the next two days via LBC. I was more than happy with the order tracking of LBC and the over-all delivery time, but Lazada itself doesn’t have the best track record with me. I have more than my fair share of horror stories with Lazada. But that’s another story for another time. Let’s get on with the power bank.

It comes in this plain white box with nothing but some barcode stickers and a nondescript Mi logo in grey. Xiaomi is known for using very simple packaging to save on costs, and for the price of PHP 645.00 (plus PHP 99.00 shipping) I wasn’t expecting any fancy packaging anyway. In the end, what’s important isn’t on the outside, but what’s on the inside. (insert cheesy music here)

Opening up the box, you get a white mini-USB to USB cord. You’ll need the power adapter from your smartphone in order to charge your power bank, so keep that in mind.

You also get a guide with some tips and information on the product, which is always good to have. The most important take-away from this guide is what the LED lights indicate when in usage and when charging.

Here is the power bank itself! You can see how gorgeous it looks, kind of reminds me of my Mi 3 smartphone. It has a brushed anodized aluminum layer in silver, which looks sleek and smooth. At first glance, you wouldn’t think this power bank would be under a thousand pesos. It’s very simple, with only the Mi logo visible on the aluminum layer.

On the back, you’ve got the same anodized aluminum layer in silver, but instead of the Mi logo it says Mi.com. Xiaomi has really taken a simple design philosophy that looks sleek and sophisticated.

On the underside you can see that 10,400 mAh being indicated along with some factory labels and wording.

Up on top you have the USB port, mini-USB port, the 4 LED’s to help you indicate the current status as well as the power button. Not much else to it, but really, this is all you’ll need.

In hand, it feels good and isn’t too hefty considering that it is 10,400 mAh. One concern I have though is that if you don’t have a case for this, you will get scratches on this power bank. Best to get a case for this if you plan on bringing this for travel.

To give you a bit of a perspective on the dimensions of the power bank, I’ve decided to stack some coins for reference. Height is about 4 1 peso coins laid out on the floor and thickness is about 11 1 & 5 peso coins stacked on top of each other. In essence, it’s not heavy or bulky at all and fits just right in with your bag or backpack.

While discharging the power bank (charging your smartphone), it will always be blinking. 4 LEDs blinking indicate that it is 75-100% charged, and 1 blinking LED will indicate that it is at 0-25% charge and is going to turn off in a bit. It might sound confusing, but when you actually use it, the LEDs are more than capable in helping indicate where the power bank is at. Please refer to the table in the guide if the explanation wasn’t clear enough.

The power bank has a rated capacity of 10,400 mAh, so it’ll take longer to charge than a regular smartphone which has 2,000-3,000 mAh of battery capacity and will charge in about 2 hours or so. After using it for about a month, I’ve found that it takes about 8-9 hours to get a full charge. Best to leave it overnight. It discharges quick too. For some reason, I’ve noticed that it can charge my smartphone faster than if I would have connected it to the outlet. I think this is because it is rated higher in terms of amperes, so it can discharge quicker than the normal 1.5A rated capacity. Take note that it can only charge one device at a time. It’s compatible with all Android devices that have a mini-USB port as well as Apple devices as long as you have your own power cable that connects from USB-to-Lightning port.

The batteries that Xiaomi has placed into this are from LG & Samsung, so you know it’s legit. When they rate 10,400 mAh, it is exactly close to that. A lot of counterfeit and cheap power banks will have a rating of 10,400 mAh but you’d be surprised when it can only hold half of the rated amount. This, however, can charge my Xiaomi Mi 3 (3,050 mAh) about three times and have a bit of juice left over, which is amazing efficiency and is really close to their stated rated capacity.

So what’s the final verdict?

Xiaomi continues to impress with their products and this is no exception. I’m pretty happy with this power bank and will highly recommend it to anyone looking for extra battery on the go. It’s cheap but doesn’t skimp on the design or battery, and it has amazing value for the price of PHP 645.00 when comparing it to other power banks in the same category. It charges up your smartphone devices faster than a regular charger and the LED system of indicating the power status is very nifty. It’s also very light considering the rated capacity that it brings.

The two things I can nitpick about it is that I wish it had another port so you could charge two devices at once (which it has with its 16,000 mAh bigger brother!) and the ease of availability. You can’t get this power bank without snagging it in a flash sale. Lazada is the only authorized retailer of Xiaomi products, and if you got it from a retailer elsewhere, it’s either what you got might be a fake or they bought it from Lazada themselves and jacked up the price. Want to know if your Mi power bank is authentic or not? Check out this helpful guide from Yugatech here. Hopefully in the future, Xiaomi can increase the availability of their products wherein they wouldn’t need flash sales so everyone can purchase it when they want to.

And wouldn’t you know it, Lazada and Mi Philippines are having another flash sale this April 24, 2015 (Friday) at 12 noon. They’re going to be launching the 16,000 mAh power bank for PHP 1,299.00 and that version has two USB ports for you to charge two devices at the same time. Hopefully those who want a power bank will get one and it won’t go to the re-sellers. Good luck! 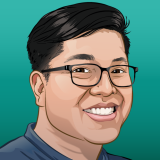 You could also buy a silicon sleeve for your powerbank by the same company. We bought ours for P50.00 plus shipment. I’m just wondering if the powerbank could be used(discharge) while charging? Thank you.

Oh i forgot to mention, the charging time vary from the chargers that we use (as we have observed). As it is also indicated on the manual…, mine is in Chinese 🙁

Hi, Step. Yes, the charging time really varies I guess. But I noticed that it’s usually around 8-9 hours on average.

P50.00? I don’t think Lazada or Xiaomi are selling it officially though.

Why? Is P50.00 to much for a sleeve? (I don’t have any idea) Hmm. Well we ordered it online through one of our officemate. It’s a bulk order to save on shipment cost (we did the same w/ our powerbanks) . Sabay sabay na para masaya .
When we got it it was individually packed in a zip lock plastic with a sticker of Xiaomi and Bar codes etc… Looks authentic enough for me. It’s great, fits perfectly it also has the logo of Xiaomi, and it’s non slip. I’m not afraid to toss it in my bag anymore. I would recommend it to anyone who have this powerbank. 🙂

Lazada doesn’t have any powerbank sleeve listed on the website. I know Xiaomi has legitimate powerbank sleeves, but I found it on sale on their Malaysian website and it was for RM 12-15 which is around PHP 150-200. So yeah, what you got was probably a copy, but still, having a sleeve is still good. I personally have a pouch for mine. Thanks for the input. 🙂

I prefer the newest version of xiaomi powerbank which is the V2 10000mAh: https://www.goods.ph/xiaomi-power-bank-v2-10000mah-quick-charge-2-0-55915.html It’s so thin and sleek. Thanks for this review, very honest and not biased.

Yeah, it’s much thinner, and has quick charge. I like the updates that they made. But my old powerbank is still working fine! =)

This may be a good place to introduce yourself and your site or include some credits.